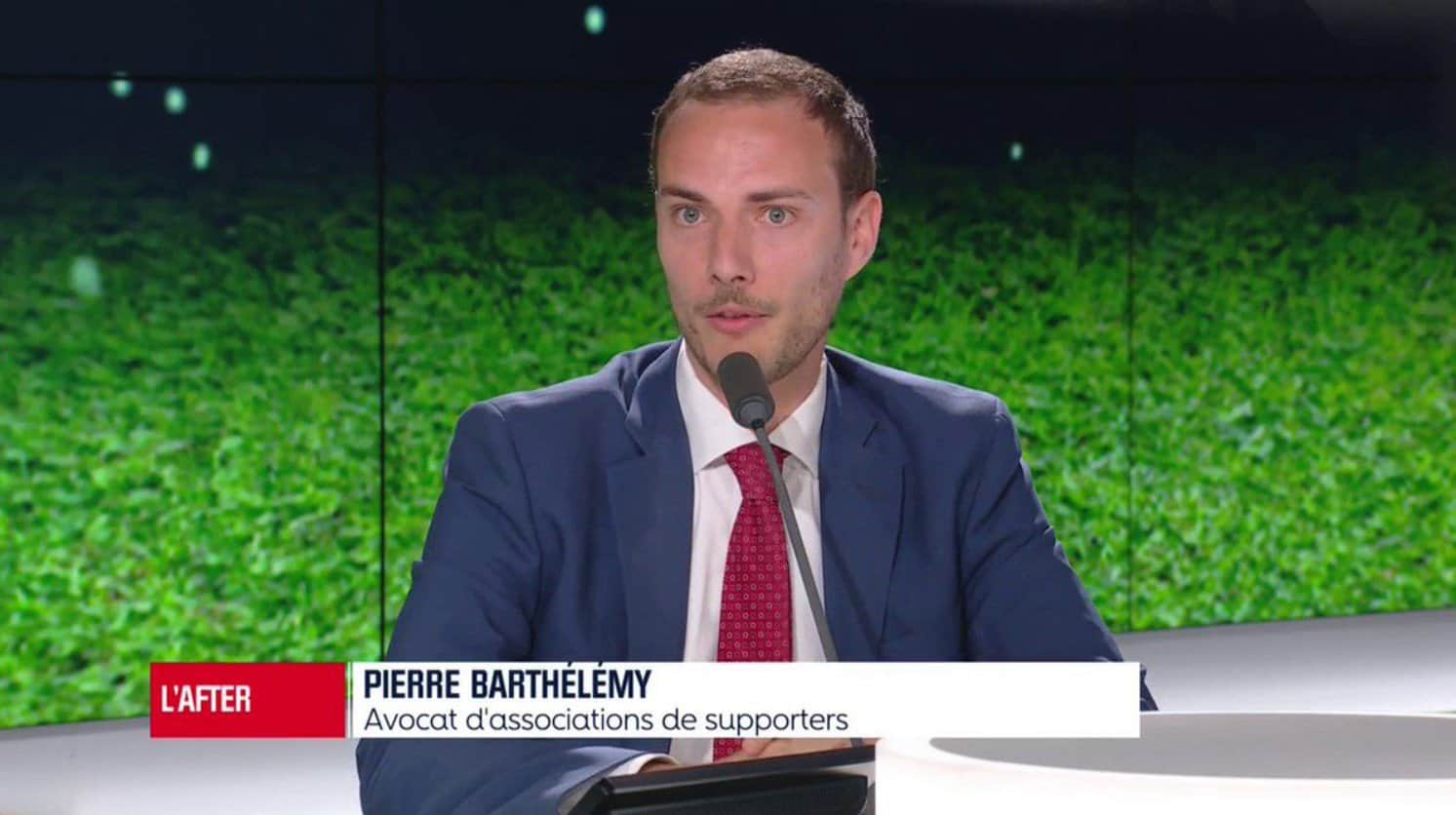 Paris Saint-Germain supporter and lawyer at the Paris Bar, Pierre Barthélemy accompanied the return of the Ultras to the Parc des Princes following the Leproux Plan in 2010. As a member of the National Supporters Association, he has also assisted fan groups in their administrative procedures at the national level. Portrait of a lawyer who does not count his hours.

” Close to the stands and a great supporter of PSG “, summarizes Cyril Dubois, Pierre Barthélemy’s collaborator. Before becoming a lawyer, Pierre spent fourteen years in the G stand, the one next to the Auteuil corner. In 2010, it was also targeted by the “Leproux Plan” like all the PSG supporters associations. The plan, decided by the club’s leader at the time following the death of a fan, was originally intended to be temporary. It was transformed into a real purification of the Boulogne and Auteuil bends.

The following year, the investment fund Qatar Sport Investments (QSI) bought the Parisian club, with the objective of becoming a European leader. Despite the change of ownership, the fan groups were kept away and hundreds of ultras were banned from the stadium. The Paris police prefecture issues administrative stadium bans (IAS) against them, while the club keeps a “blacklist”.

A lawyer since 2013, Pierre Barthélemy immediately advised Parisian supporters in need of legal assistance. In his spare time, he works voluntarily with supporters’ associations to help them find their place at the Parc. As a fan, ” he saw the stands of the Parc des Princes targeted by the Leproux Plan, so he was obviously interested when he became a lawyer afterwards,” says Cyril Dubois.

The two men found each other quite quickly, brought together by their attachment to PSG. ” We got to know each other through this common passion,” he explains. Cyril started to take legal action against the club to reintegrate the supporters, but faced with the large number of cases, he looked for a collaborator. ” I saw his name somewhere, I called him to have a chat because it was a lot for me alone,” he recalls. The media pressure on the lawyer’s shoulders encouraged him to turn to a colleague.

Everything went very fast between the two men. ” I told him that if he wanted to join this cause too, it was a good thing. And then we started working together “, underlines the lawyer at the Paris bar. He describes his friend as someone close to popular soccer, who saw the repression of the ultras like everyone else. ” So when you’re a lawyer and you’re committed to justice, it’s obviously something that affects you,” he says.

In just a few years, Pierre has made a name for himself in the French soccer ecosystem. An expert in public law, he handles administrative litigation. He spends his time in court challenging stadium bans on fans.

As early as 2014, he participated in the creation of the National Supporters Association (ANS) by several French fan groups. From now on, he occupies ” an operational role within the ANS because he is a member of the office “, indicates Gerby, member of the Red Kaos 1994, ultra group of the GF38. In charge of national issues, Pierre provides legal support to ultras all over France without making any distinction.

” He has no problem defending Marseille supporters. He was really inspired by the ultra culture, in the solid and mature sense of the word. It is there for the cause “Gerby, a member of the SLA board, insists. ” We defend them to the extent of what they have done, of our convictions,” adds Cyril.

Carried by a passion for the game that exceeds all the affection he has for PSG, he defends all those who need his services. ” He’s a pretty humble guy who knows how to keep things in perspective,” says Gerby. In about a decade, he got to know both the world of soccer, the stands and the organization of ultras groups.

An inveterate worker, Pierre is appreciated by all and his work is praised. Often available, he does not count his hours according to Gerby. The two men have known each other since the inception of ANS. He is described as a competent person who has proven himself through his work. ” I don’t remember a complicated integration. It was legitimate right away “he says. Proof of his self-sacrifice, he is now considered an essential element at the ANS.

Founded in 2008, Calciomio is the reference website for calcio and Italian enthusiasts. With a community of +100,000 people on Facebook and an audience of several thousand daily visitors, we wanted to launch this blog to discuss soccer but also sports and Italian culture.